ColourPop Fighting Crime Pressed Powder Blush ($8.00 for 0.13 oz.) is a vivid, medium-dark fuchsia pink with cool, blue undertones and a mostly matte finish. The texture was soft and smooth to the touch, but it was lightly powdery and best applied using a less-dense brush and a light touch.

It had mostly opaque, buildable color coverage, so I would say it was more pigmented than marketed. The color applied fairly evenly but took some more effort to diffuse overall. It stayed on nicely for eight and a half hours before fading a bit.

FURTHER READING:
Formula Overview
for details on general performance and characteristics (like scent).

The formula is supposed to go on “smoothly” and have a “natural and healthy flush” that has “long wear” and “can be layered to your desired intensity.” It is a lightly to moderately powdery powder blush with semi-sheer to semi-opaque, buildable color payoff. The consistency has a drier, thinner feel and though it feels silky to the touch, I found it the type of powder blush can be tricky to blend out evenly on the skin, depending on one’s skin type or base preferences. The drier the skin/base, the better the formula would blend, but any natural oils or slip caused the blush to go on unevenly and was difficult to blend out. The wear was between seven and eight hours on me on average.

Browse all of our ColourPop Pressed Powder Blush swatches. 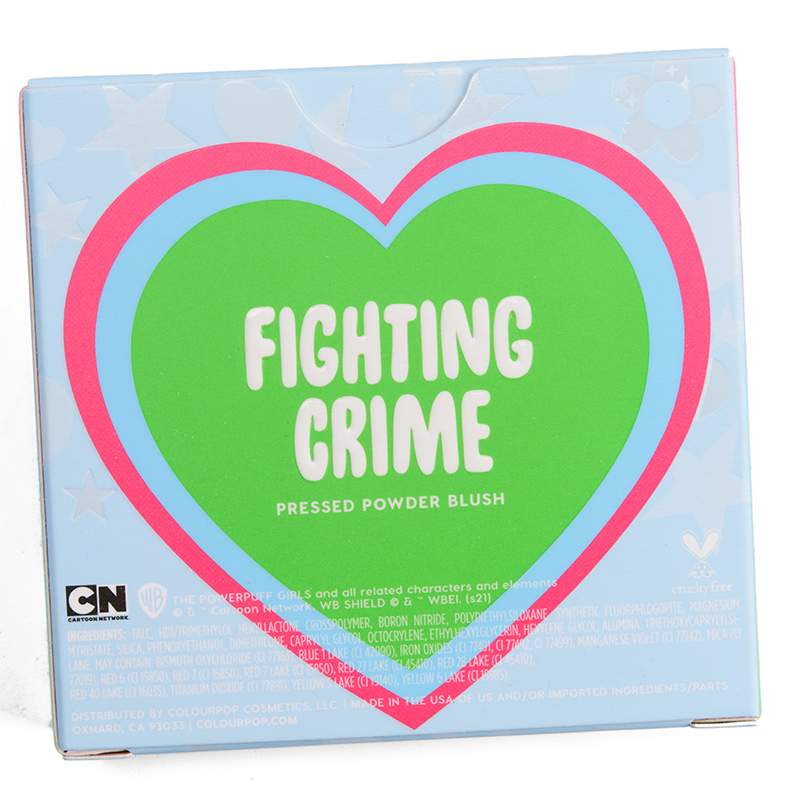 We hope you’ll consider supporting Temptalia by shopping through our links below. Thanks!

We’re here to help you make better beauty purchases that you’ll enjoy and love! We recommend signing up to take advantage of personalized features like tracking products you own, viewing dupes that you already have, and more!

Here are some useful resources for you:

Curious how two shades compare to each other? Type in the shades below to get instant side-by-side swatches!